This is an astonishing literary fiction debut. Kelleigh Greenberg-Jephcott has done a very clever thing – written a semi-fictionalised account of a semi-fictionalised account. Truman Capote was the trusted confidant of much of New York society, listening to their intimate worries and travelling the world with them. His inner circle became known as the Swans, and included Jackie Kennedy’s sister Princess Lee Radziwill, Gloria Guinness and C.Z. Guest. But Capote decided to write a thinly disguised book about the Swans and they saw this as the ultimate betrayal (he never finished the book, but one chapter, La Côte Basque, was published in Esquire in 1975).

This book swaps between the viewpoints of the Swans and Capote and must have taken an enormous amount of research. It’s a sumptuous sweep of a book, moving from both the peak of the friendships to the betrayal, and the voices come loud and clear through the pages. I loved it, but it’s a rich multi-course meal – take your time and savour it. It’s not one to be rushed. You might need to read a palette cleanser afterwards, and I will be picking up something much lighter next.

There’s nothing better than picking up a book by an author you’ve not read before and discovering an absolute gem. Is it too much to say that Nina Stibbe is a 21st century Austen?

Stibbe’s pen portraits of 18 year-old Lizzie, her mechanic cum novelist mother with an unusual way of getting out of a fix, her siblings, her stepfather and her bonkers dental surgeon employer are a dream. The writing here is dry and witty, and although this book doesn’t scream plot action it pulls you along waiting for the next pearl to fall from someone’s mouth. I’d laughed out loud before I’d finished page one. Situations that would seem utterly preposterous in most books feel completely natural here with this motley crew of characters. This novel is in part a coming of age for Lizzie, part an exploration of families and relationships and part dealing with grief, but as a whole it’s a glorious Eton Mess of a book that’s beautifully written. I’m so pleased to have read it.

This review is of a Netgalley advance copy.

God, how I loved this. It’s a gentle meander of a book in which two people in later life, who’ve never met, strike up a correspondence. Their letters weave back and forth over the months, and as time passes and they gradually reveal more and more of themselves, their relationship deepens. It’s a debut novel, which is astonishing, as I found it so accomplished. I stumbled across it as a Modern Mrs Darcy book club pick, and I’m so very glad I did. Highly recommended as a cozy, sofa read. 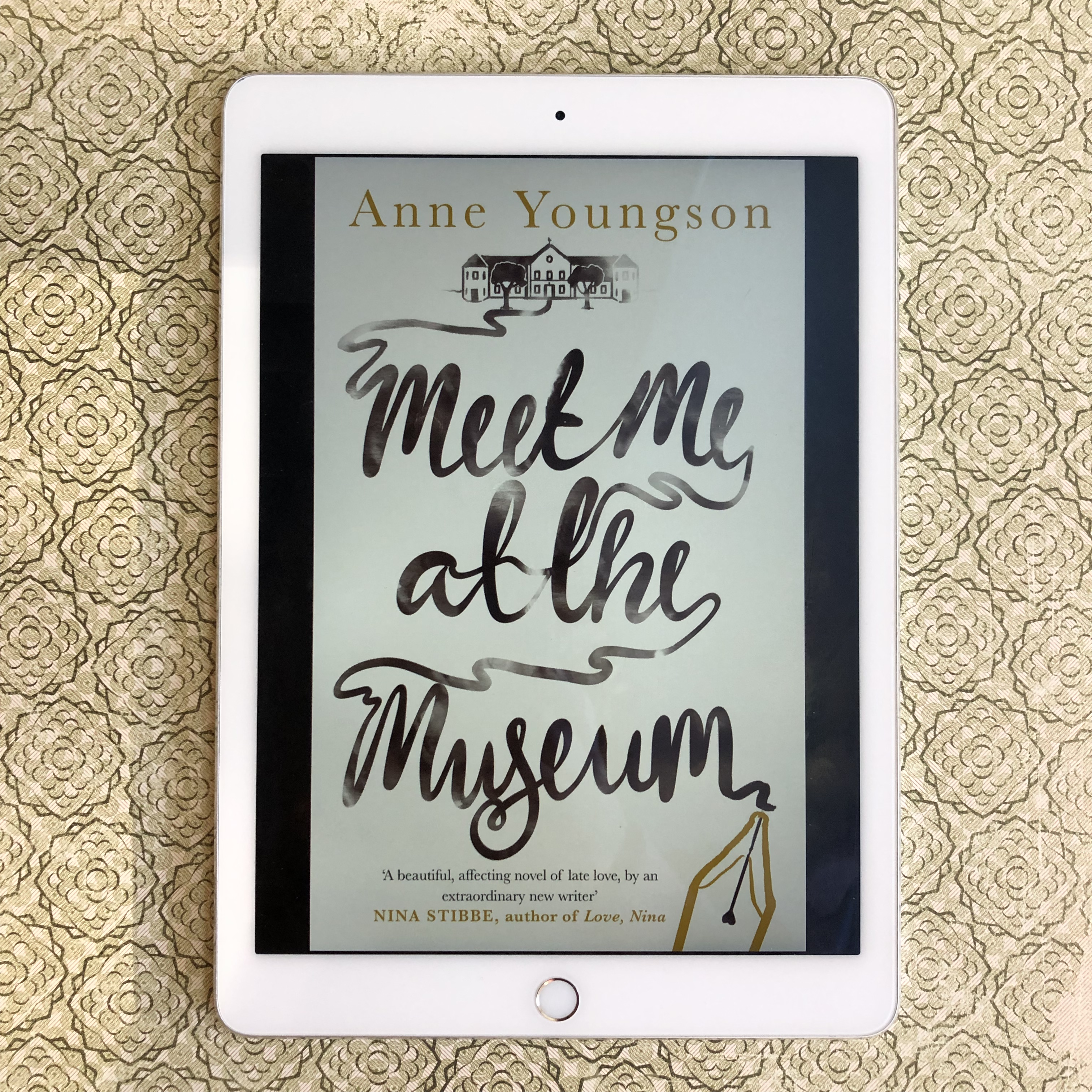 This review is of a purchased copy.